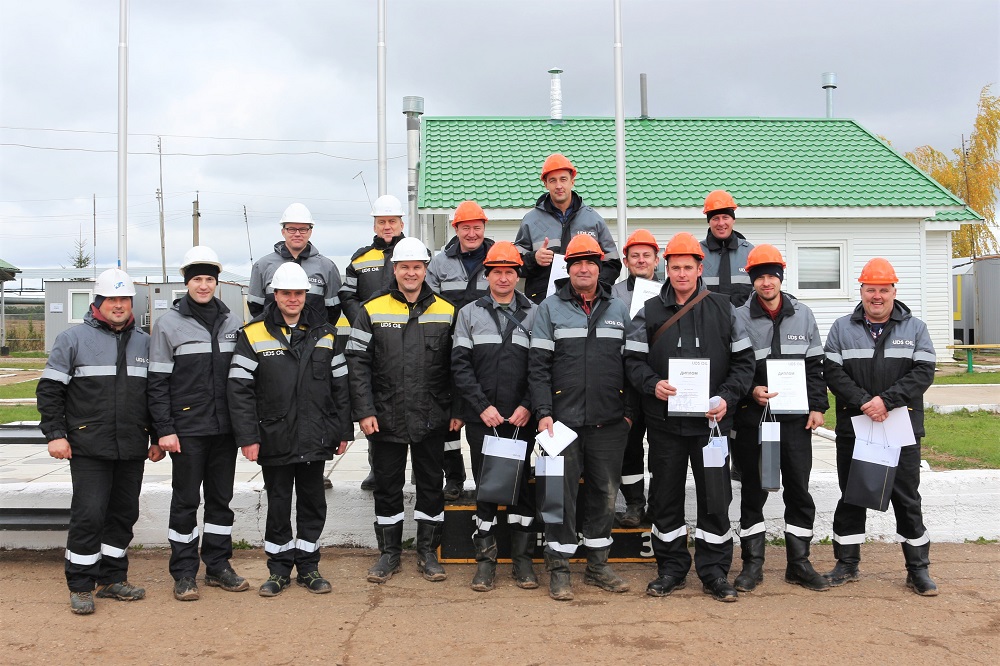 The final occupational skill contest of the 2019 campaign was held in UDS Oil. This time, special liquid tank truck drivers competed for the Best in Trade award.


Traditionally, theoretical testing was the first challenge for the participants, which included assessment of knowledge of traffic regulations, first aid treatment, requirements for transportation of dangerous goods. All drivers completed this task ahead of time. Andrey Kenderev (Road Transport Department, Fleet 3), winner of the 2018 contest, had the best results in the theoretical part.

At the practical stage the contestants had to demonstrate mastership of professional driving. Each was required to complete a certain route containing a sequence of tests: backing into a perpendicular park, unhooking and hooking tank trailer, maneuvering, backing into a ramp. The participants had to meet the demanding requirements: judges evaluated absence of errors, speed and accuracy of actions, timely light and sound signaling, compliance with occupational and traffic safety requirements.

Alexander Bykov, winner of the Best in Trade contest: «For me this victory is the revenge for the last year when I was a half-step from the winner's stand. It further increases its value as I managed to get myself together and prove myself that I am capable of reaching more. I’ve learned the last year's lessons, set myself emotionally to the contest, which increases my confidence. All tasks represent our routine work and things that every driver shall be familiar with, so they were less of a problem for me, although, I was still agitating.

For me, occupational skill contest is an excellent training of practical skills, a chance to test myself and learn something new. Such events greatly strengthen moral and team spirit; me and the guys are on the same wave, support each other, outlive each other's success and failures. It is a top-level atmosphere of cohesion! I intend to compete again next year as I need to defend my title. I believe that victory is not just happiness but also responsibility and motivation to further improve mastership: people seek their inspiration from you so it’s important to hold the bar high».

We would like to congratulate winners of the contest and thank all competitors. We wish you to win more professional awards, always pursue the objectives and further improve your mastership. Let your roads be straight and safe and always with green traffic light.