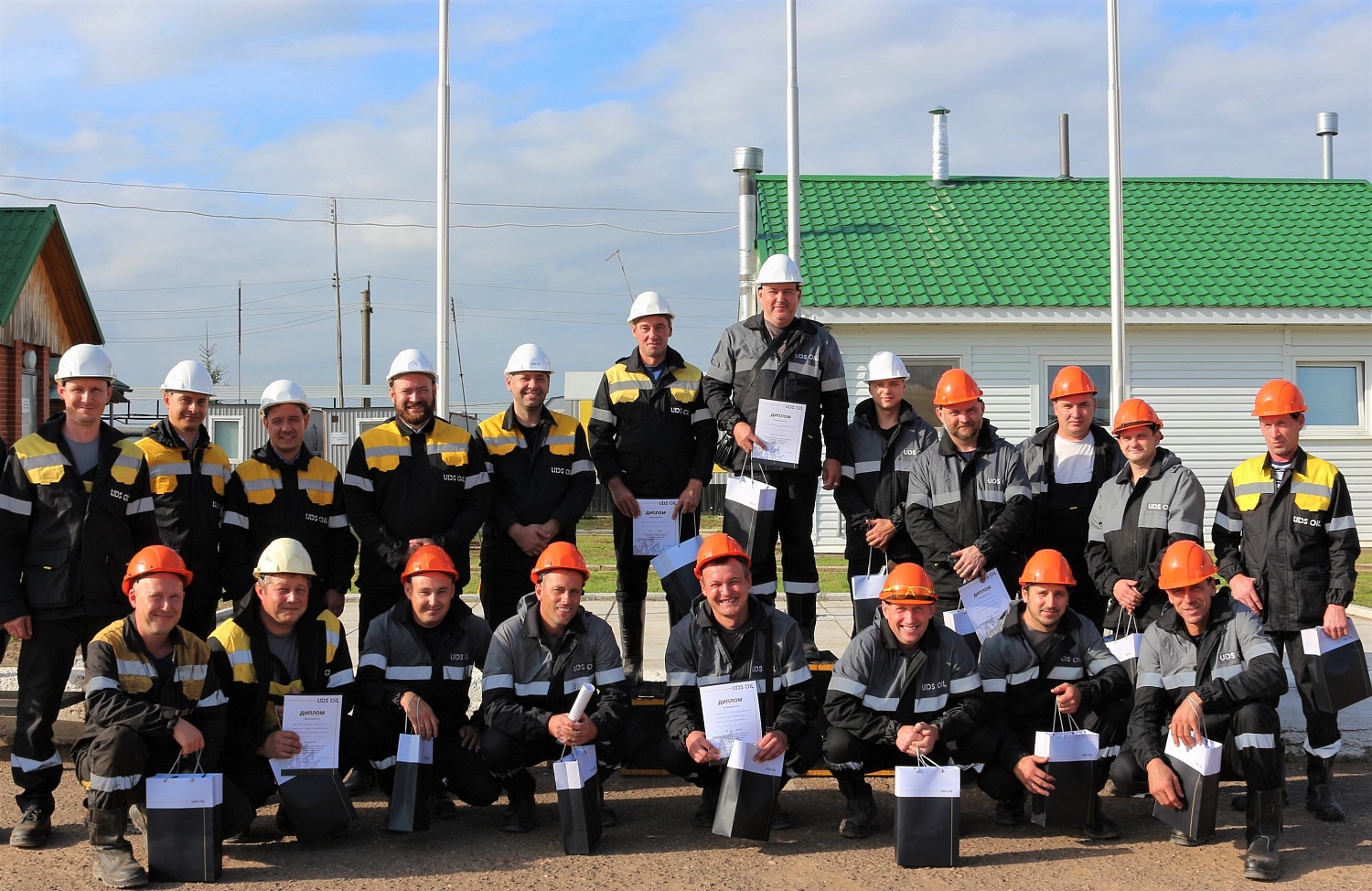 The occupational skill contest was held on August 21st in Azinskoe field. Well servicing and workover foremen and shift teams of UDS Oil competed for the Best in Trade award. The occupational competition has an objective to evaluate training level of the company's employees, reveal their potential capabilities and outline trends for further personnel development and training.

The event consisted of theoretical and practical part. The theoretical part depended on the job specifics and included questions and answers session related to operation of workover rig, workover technology, oil industry rules and regulations, health and safety, traffic rules. WO foremen had an extra task and were challenged to find mistake in work plan by defining size of downhole equipment and running depth.

Aleksander Rusanov (team 1 of well servicing and workover division) is the best among foremen. The top three shift teams are as follows:

All competitors were awarded with certificates and gifts. Winners received money rewards.

Alexander Mukhametshin, Driller, WO Shift Team 2: «It is the first time our shift participates in the occupational skill contest. We did not expect to win. In the first turn we wanted to test our knowledge and evaluate capabilities. However, it is very pleasant and honorable to become the leaders among the equally skilled counterparts. We had to cope with agitation: in spite of the routine work, acting in front of jury panel and other competitors is the enhanced responsibility. Me and my colleagues attempted to complete the assigned task to 100%. This is our goal for routine operations. Work result depends on both expertise of each individual employee and ability to work in a team, on team cohesion and alignment of actions. This what creates the shift mastership. Everyone in our team is well aware of their duties, we understand each other without words, have mutual assistance and support. I think, this is exactly what helped us to win. I would like to thank my colleagues for our mutual victory! The event helped us to appraise the training level and understand what shall be further improved in order to become the best in trade. We will continue to participate in such contests as we need to confirm the honorary title of leaders».

We would like to congratulate winners of the contest with the well-deserved awards and thank all competitors for participation. We wish you professional growth, motivation, success in all undertakings, confidence in yourselves and your capabilities!